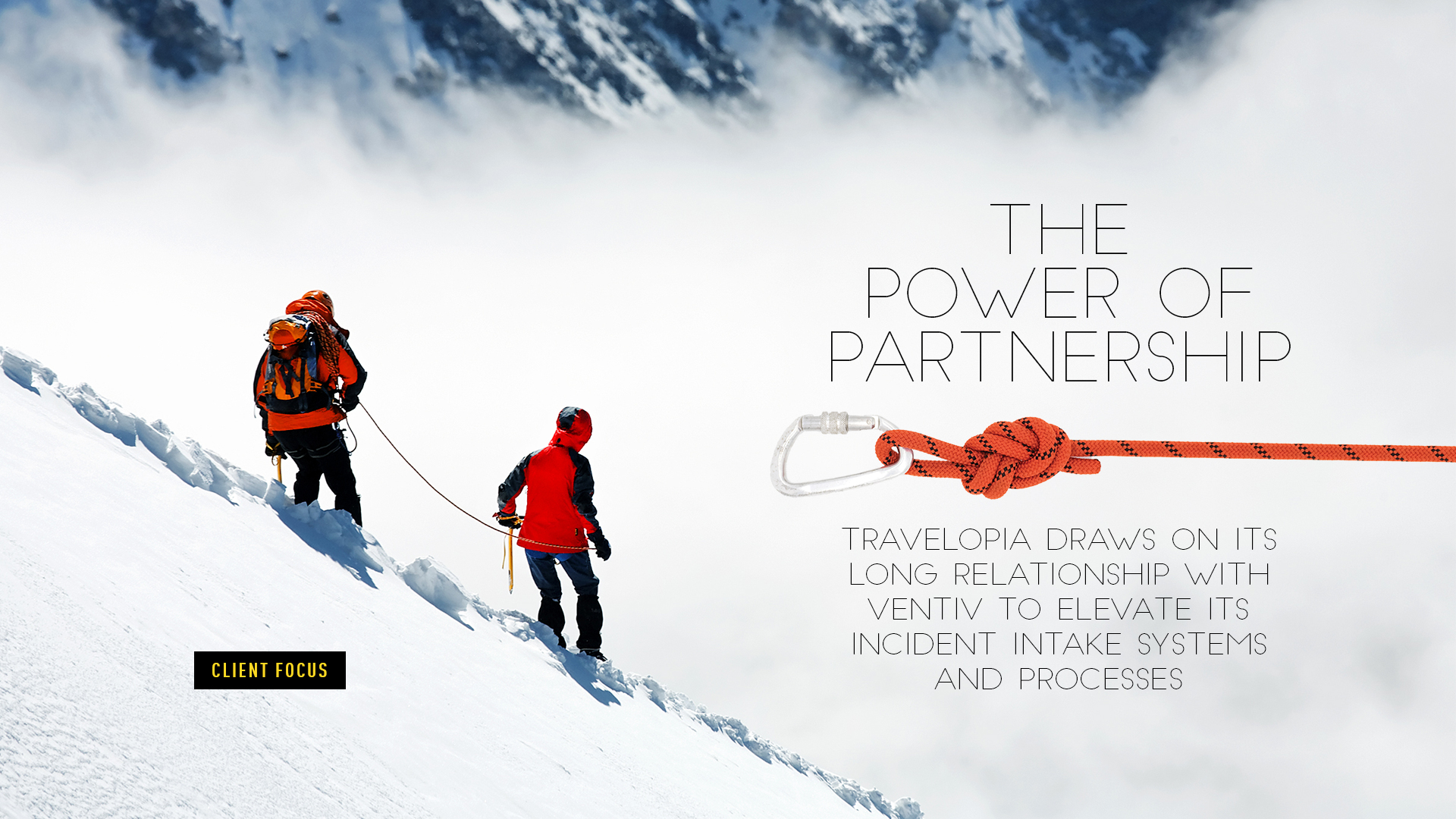 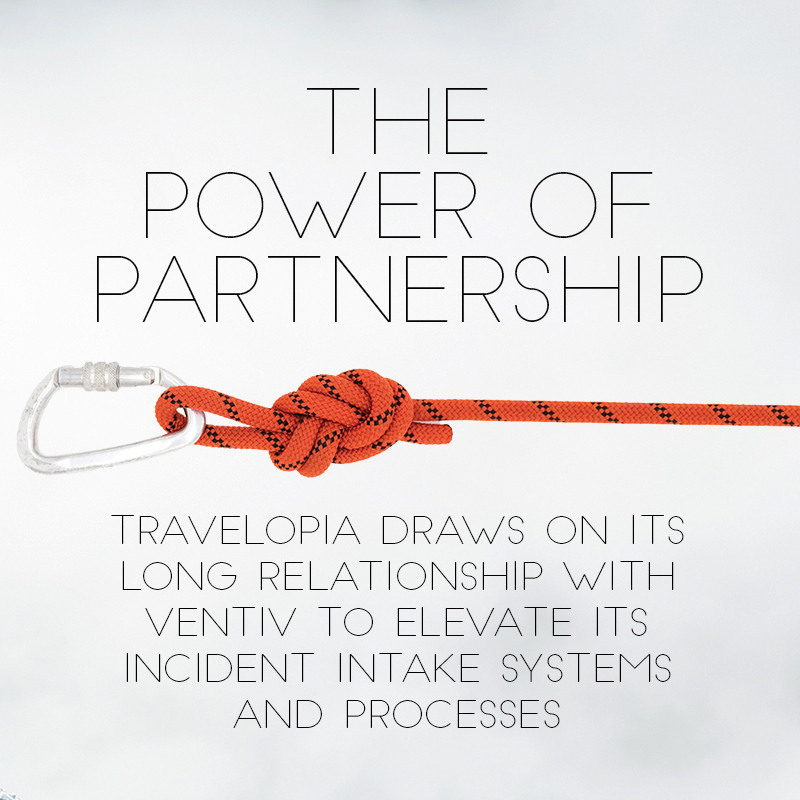 UK headquartered Travelopia is one of the world’s leading specialist travel groups and a pioneer in the experiential travel sector. Travelopia’s portfolio consists of more than 50 independently operated brands, each of which is focused on creating unforgettable experiences for customers around the world. Travelopia caters to all sorts of travelers, whether they’re looking for an expertly led group tour or a tailor-made adventure. From sailing adventures to safaris, from sports tours to Arctic expeditions, Travelopia prides itself on being at the forefront of emerging travel trends and spotting opportunities for exciting and innovative new products.

Whatever their business, risk and insurance teams understand the importance of tailoring their efforts to best support the challenges unique to their company and their industry. In Travelopia’s case, many of those challenges differ in substantial ways from the typical travel, hospitality, and leisure firm’s needs.

According to Janet Northey, Travelopia’s general counsel and company secretary, the breadth of the company’s source markets, coupled with the wide variety of travel offered, can lead to unique challenges for incident intake and claim and risk management: “Travelopia brands span all seven continents, and we offer everything from polar expedition cruises to yacht charters, from trekking adventures to high-end, luxury airfare-and-hotel bookings. It’s quite a varied business, which can make it more challenging to manage incidents, claims, and risk overall, since no two trips are the same. What’s more, when we receive incident information from the field, it’s coming in from a lot of different sources and from a person who might report an event only once or twice a year.” 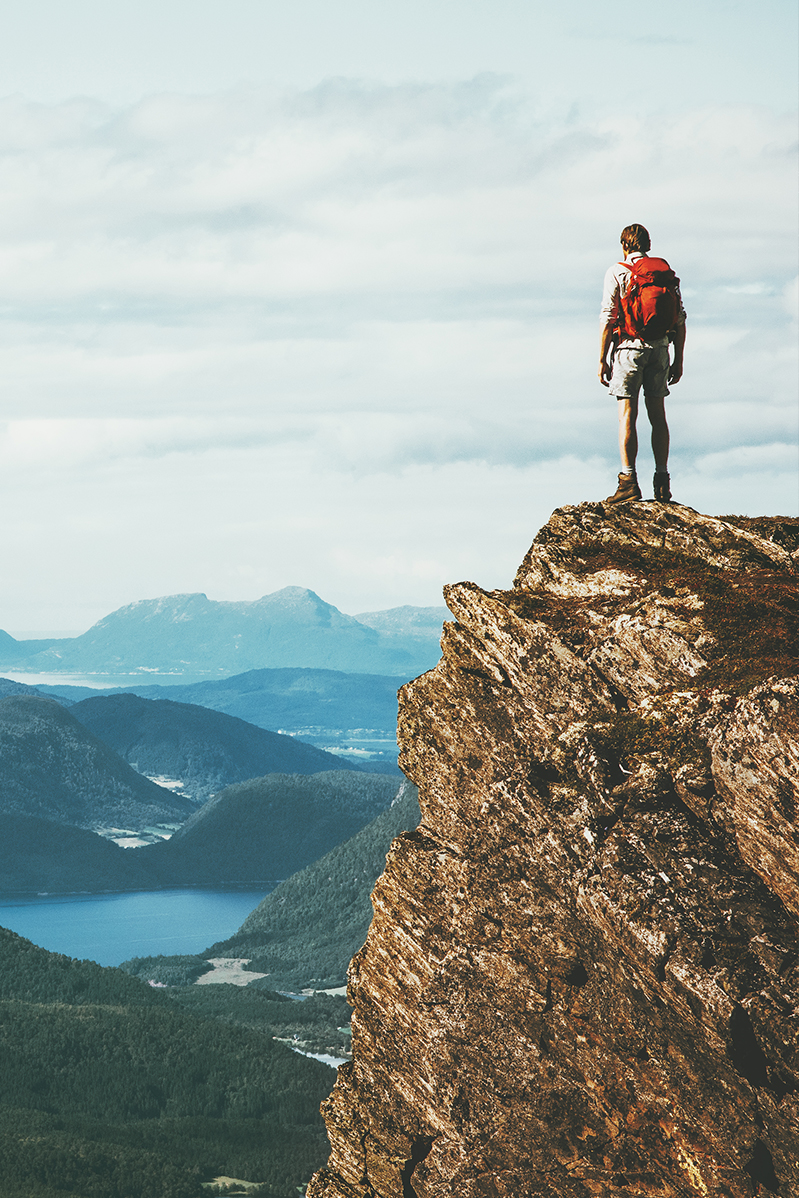 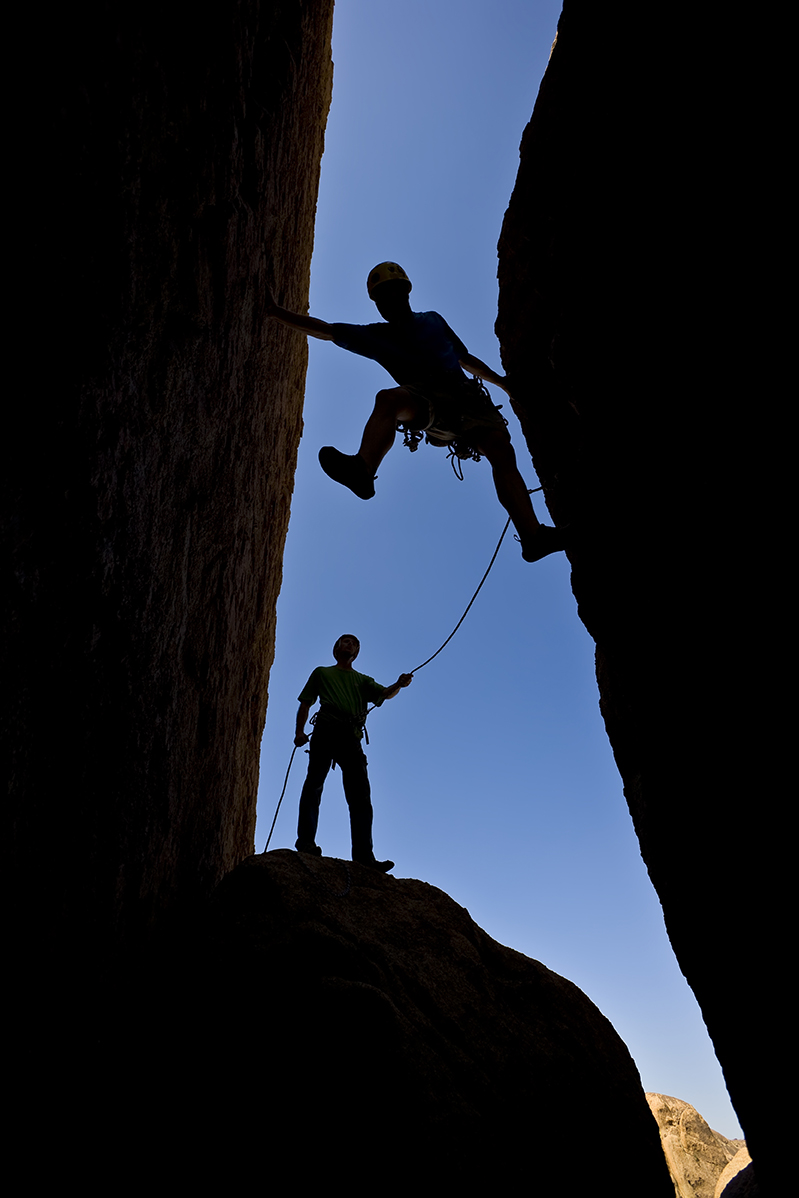 Travelopia identified a need for an incident-reporting solution that could help the risk and insurance team collect incident data that’s timely, accurate, and comprehensive. Moreover, given Travelopia’s structure—some 50 independently operating brands spread across all seven continents—the system needed to be easy to roll out and simple for end users to learn and then use. Travelopia also identified a need for an efficient means of training a wide base of non–risk management end users.

According to Ms. Barrett, the long-term relationship gave her and Ms. Northey confidence in their decision to add Ventiv Digital to their product stack.

“By the time we started talking about Ventiv Digital, we already had a more than ten-year relationship with Ventiv,” says Ms. Barrett. “Our working relationship was, and still is, excellent, which is very important to us; we know Ventiv understand how we are using their tools and what we expect them to deliver. There’s a really strong level of trust in our relationship, which gives us confidence that the team at Ventiv is advising us based on their experience with us and knowing what we need and why.”

“Right away, we liked what we heard about Digital,” observes Ms. Barrett. “We liked how it would make it simpler to record incidents, which is important because of Travelopia’s structure of some 50 independently operating brands. Once we found out how easy it was for us as administrators to modify the survey-style questionnaires—how flexible Digital is—we got more and more interested.”

Another big plus for the Travelopia team is Digital’s built-in skip logic, which means field users don’t have to wade through questions that don’t apply to them. When added to the flexibility from the administrative side, Ventiv Digital has empowered the Travelopia team to capture incident data more efficiently and effectively.

“Right away, we liked what we heard about Digital. We liked how it would make it simpler to record incidents, which is important because of Travelopia’s structure of some 50 independently operating brands.”

From the beginning, feedback from users in the field was very positive. Ventiv Digital is designed for ease of use and requires little to no training in how to use the system; if a user has ever used an online questionnaire in their personal lives (for example, SurveyMonkey), they’re ready to use Ventiv Digital.

Travelopia turned to the Ventiv University training team to help it improve the effectiveness of field users when submitting incidents through Digital. It became another example of the power to be derived from a strong working relationship between customer and software vendor.

Ventiv’s Alastair Lawson suggested to Travelopia that they begin creating a video training library. In the past, Ms. Barrett had given many live training webcasts focused on incident reporting. She also answered, by phone and email, innumerable questions and responded to many requests for ad hoc training.

The videos have improved end-user proficiency not only in using Digital as a tool, but perhaps more importantly, in helping end users understand what kind of information the risk and insurance team needs. The video-based training has also made life much, much easier for Ms. Barrett.

“The training videos we produced with Alastair and his team have been simply brilliant,” Ms. Northey concurs. “There was some skepticism at first as to whether we could produce videos efficiently and whether they’d have the desired effect, but Alastair and team have been proven completely right. It’s been easy and efficient to create the videos under Alastair’s expert guidance. And as Lynn has moved ahead with them, she’s become faster and more expert at scripting just the right material for short videos that focus on what she wants to convey. We’ve done English-language videos so far, but we’re strongly considering creating them in multiple languages to better accommodate end users who might not be proficient in English.”

Ms. Barrett concurs and builds on Ms. Northey’s comments, observing: “We make the videos easy for our end users to access. And by giving everyone the same training tools, we know we’re conveying consistent messaging, as opposed to multiple webinars, which, despite our best efforts, might vary over time. I’m getting fewer and fewer questions from end users about how to use the system, and how to provide the right information. However, if I notice that someone is doing something incorrectly, I just point them to the right video or videos to learn how to correct their own issues.” 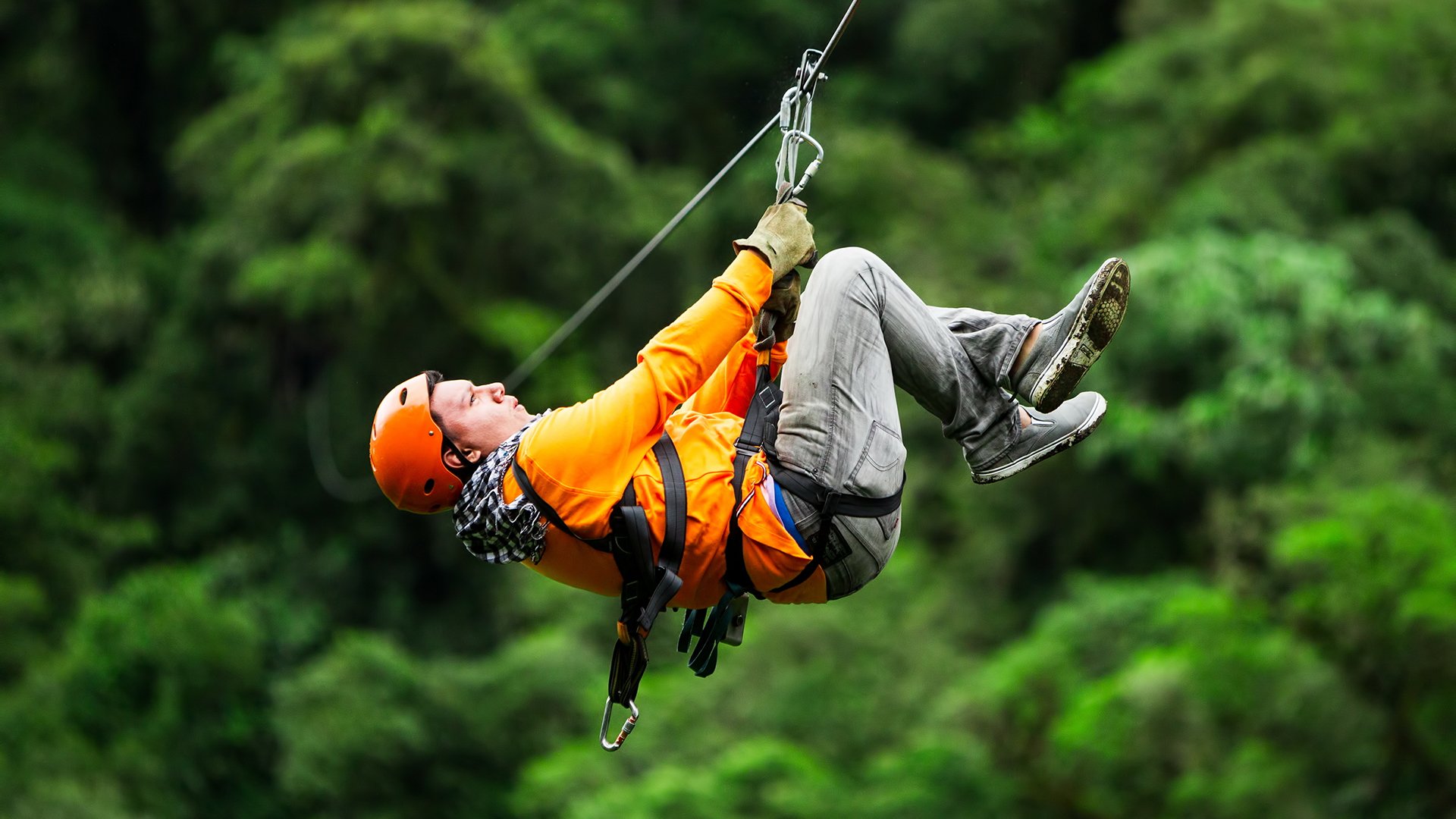 Travelopia’s use of Ventiv Digital has nicely complemented the company’s use of Ventiv’s risk management software. Says Ms. Northey: “From before we started using Digital, we have been making quite extensive use of the incident and claims data we collect. We record the data in the Ventiv risk management system and use it to report to insurers on a monthly basis. We also use the data for reporting internally to keep track of claims and look at incident trends.”

With Ventiv Digital helping Travelopia improve even further the quality and breadth of incident data it collects from the field, Ms. Northey and Ms. Barrett have become interested in expanding their use of Digital. Ms. Northey says: “Now that we’ve seen how effectively Ventiv Digital can be used for incident reporting, we’re very encouraged. We’ve had really positive feedback from field users, and that, along with how well it integrates with the Ventiv risk management system, has prompted us to start looking at the possibility of expanding the use of Digital to collect our renewal information and complete our business and property insurance questionnaires going forward.”

Of course, it always helps when a customer and vendor can move forward having the confidence that comes from a relationship that’s been years in the making—since 2007, in the case of Travelopia and Ventiv. Says Ms. Northey, “We look forward to many more years of a productive partnership.”

⇠ Back to 3SIXTYº Home