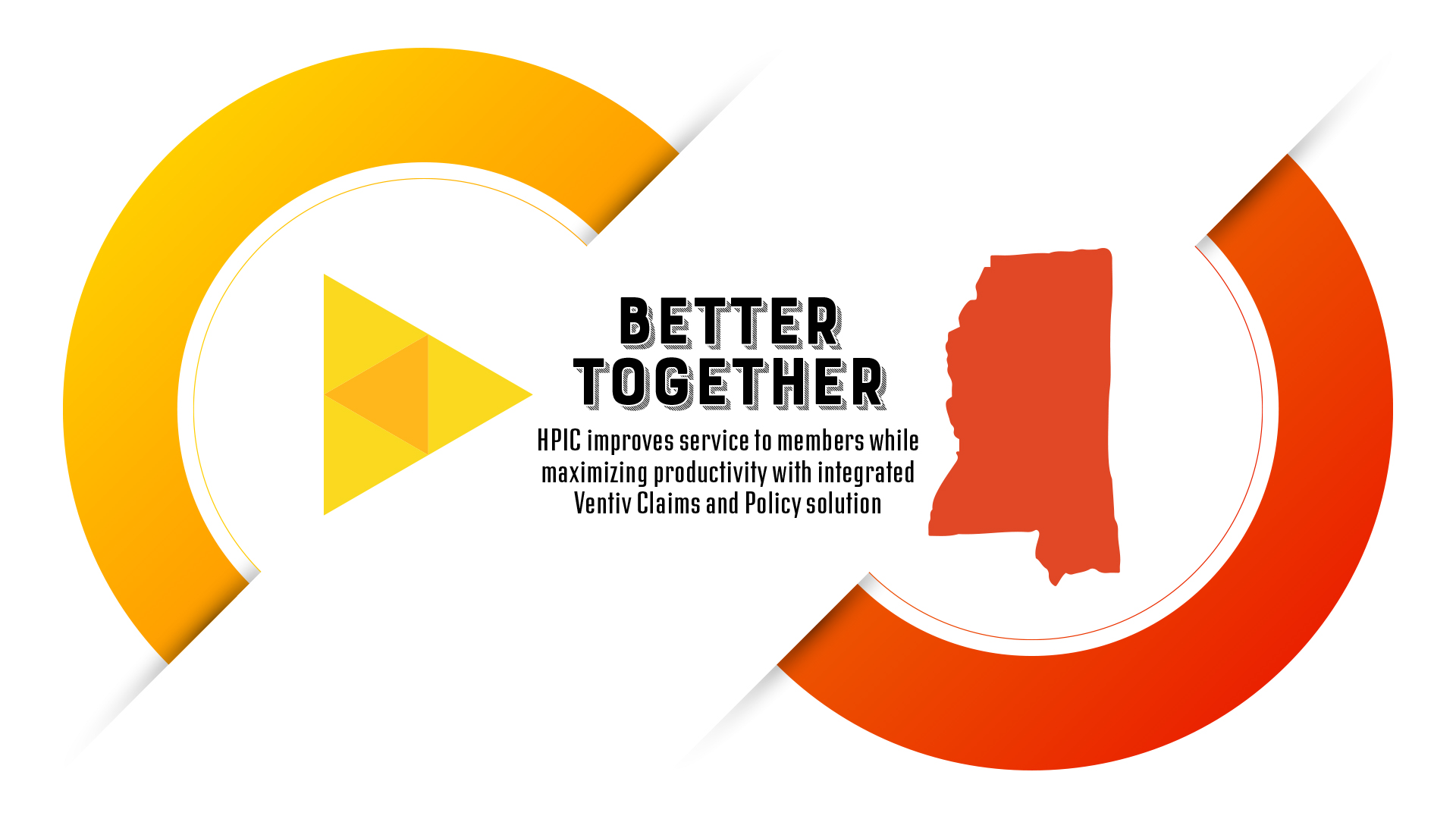 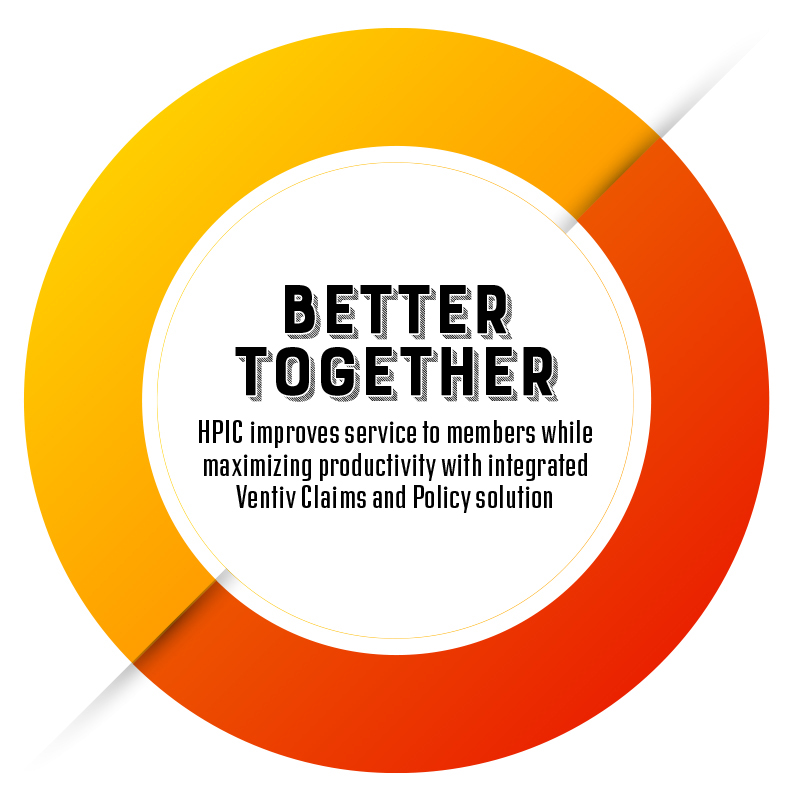 Healthcare Providers Insurance Company (HPIC) was formed in 2003 to serve the liability insurance needs of Mississippi healthcare facilities and other healthcare providers. Sponsored by the Mississippi Hospital Association, HPIC’s mission is to provide innovative and cost-effective insurance solutions, safeguard the assets of its members (who are also HPIC’s owners), and support the delivery of quality healthcare.

HPIC provides insurance services to over 50 healthcare facilities and 500 physicians. Many of the facilities it serves are rural and facing financial challenges as well as increasing claim severity.

According to Katherine Cooley, insurance business analyst with HPIC, “The needs of our rural hospitals are so great, and the HPIC team is lean. We need to be able to provide the best insurance services, and we need to provide them as efficiently as possible. As a team, we need to maximize our productivity.”

HPIC determined it could improve service to members while also enhancing staff efficiency by investing in a new, integrated claims and policy administration solution. In 2018, HPIC issued a request for proposals for a vendor-hosted solution to cover the full insurance lifecycle, including policy issuance, administration, claims, customer relationship management, document production, document storage, and other supporting functions.

HPIC had to contend with numerous challenges from the systems it sought to replace. With its medical professional liability system, HPIC was one of only a few insurance providers using the vendor’s solution, which meant HPIC couldn’t rely on the provider for any kind of insurance-specific support. Moreover, the system had significant data-integrity shortcomings, which meant the HPIC staff had to check everything that came out of the system and make frequent manual corrections.

Additionally, the workers’ compensation claims administration system that HPIC wanted to replace was inefficient, requiring staff to enter the same information several times. The system’s data-management tools failed to capture pertinent information, and the reporting tool was too basic for HPIC’s needs.

As for portals for HPIC members, they were limited or nonexistent. The workers’ compensation portal was basic, with submitted claims received only by email; HPIC claim handlers entered claims manually into the system. HPIC had no portal for professional liability or policy administration.

“By having our policy and claims management in a single system, we can pull the data we need to report back to our members and our board.”

After a rigorous, competitive selection process, HPIC chose Ventiv Claims and Ventiv Policy. A major consideration in HPIC’s selection of Ventiv for claims and policy administration was the system’s ability to handle both professional liability and workers’ compensation. According to Ms. Cooley, “We consider it incredibly valuable to have a single system to accommodate all our lines of business. Since we are such a small group, we have cross-trained to be able to operate the systems of all our lines. By having one system, it is easier to cross-train new employees, and it makes troubleshooting and maintenance easier. The Ventiv system is also very intuitive and easy to navigate, which really helps usability. The interface is also very attractive, which is an appreciated bonus.”

Integrating claims administration with policy management was another plus. Ms. Cooley says, “By having our policy and claims management in a single system, we can pull the data we need to report back to our members and our board. Before the Ventiv system, we had to do a lot of manual manipulation to put together data from our different systems to present the data in a useful manner.”

“Compared to the other systems we considered, the Ventiv solution met all of our needs most effectively,” says Ms. Cooley. “We really liked the enhanced reporting capabilities, including integrated data sets in a single-system solution. We saw how the enhanced workflow capabilities would lead to improved efficiencies in daily work. Automated, touchless EDI and CMS reporting is a big plus, as are automated reserve recommendations, based on data from like claims. With the Ventiv system, we could see how it would help us eliminate manual entry and calculations. We have so many other projects we would like to dive into at HPIC, and we could see how the extra time the Ventiv system would provide us would allow us to do that.”

Implementation success story: on time, under budget, and pleasant

Implementation began in early 2019 and was completed at the end of 2019. Deploying a mission-critical software system is a major undertaking, and HPIC reports the highest satisfaction with the Ventiv team’s work, support, and optimism.

Ms. Cooley says, “We ended development with another vendor prior to releasing the request for proposals that led to HPIC selecting Ventiv. After experiencing a failure, with years of hard work and complications, it was difficult to think of starting the process over again. However, I have to say that working with the Ventiv team has made this process so much more enjoyable than I could have imagined. Of course, it was still challenging pushing for the short timeline for go-live while having to perform our everyday jobs. However, the Ventiv team was right there to work with us to ensure we met our implementation goal. Overall, I have greatly enjoyed the experience.”

One of the key ways Ventiv adds value to its risk management software is the expertise and industry experience the Ventiv team brings to the table. HPIC benefitted from this domain knowledge during implementation and continues to do so now that the system is in production.

According to Ms. Cooley: “Having the Ventiv team’s guidance was such a great benefit for HPIC. During the deployment we were also reviewing our internal processes and procedures. We wanted to ensure we were implementing best practices while maintaining an efficient business process. There were many times we turned to Ventiv to ask what other Ventiv clients in our line of work were doing; access to best practices is something we really appreciated about working with the Ventiv team.”

Having experienced a failed implementation, Ms. Cooley and HPIC leadership are acutely aware of the benefits of a deployment that is successful, on time, and under budget. The Ventiv team established open communication and provided transparency throughout the entire process. Ventiv’s approach not only reassured HPIC of a successful implementation, but also improved morale among employees who were discouraged by the shortcomings of the prior project.

According to Ms. Cooley, “An on-time, under-budget implementation is so important. Going into the Ventiv deployment, we knew that the longer the implementation took, the longer we would have had to pay for the system we were using to keep our business functioning during the process. We knew that any additional expenses, including additional budget items, would diminish our returns. And we wanted to get additional features to our members as soon as possible. Thanks to the Ventiv team’s high level of competence, professionalism, communication skills, and clear documentation, we were able to achieve a very ambitious implementation timeline, reaching production within nine months from project start. It was an amazing experience working with the true professionals on the Ventiv team.”

With the Ventiv Claims and Ventiv Policy solutions successfully deployed, HPIC was well positioned to reap substantial returns on its investment and to elevate their customer service. By providing state-of-the-art resources to their staff, HPIC has been able to maximize productivity and job satisfaction. In turn, HPIC employees have more time to devote to their customers and better systems in place to support them. In particular, HPIC customers can now enjoy the benefits of portal access, and underwriters can offer real-time coverage options when presenting proposals

According to Larry Bourne, HPIC’s chief executive officer, ROI has come in several categories: “With Ventiv solutions, we’re making our internal working processes much more efficient, which generates savings and time for staff to focus on truly value-adding tasks. By condensing our system into one, our data will be much more easily accessible, which also enhances productivity as well as effective data analysis. For our members, we’re now able to provide them with accurate data, presentable in an easy-to-understand way. The reporting tools in Ventiv are quite impressive, and we are looking forward to using the data analytics to better aid our members. The policy portal for members also improves their experience, as will the integrated CMS solution from Franco Signor. In short, we’re now able to provide more and better services to our current and future members.”

Mr. Bourne continues, “Ventiv’s hosting of our system also delivers a strong ROI for HPIC. In the past, we were greatly limited by having to be connected to a local server at our office in order to work in our system. We’re so happy to have a single system, functioning at a high level, provided by a single vendor. Along those lines, our relationships with the Ventiv team also represent a strong value point. It’s great to have access to experts for guidance. We’re looking forward to continuing our work with them and adding even more features to the system in the future.”