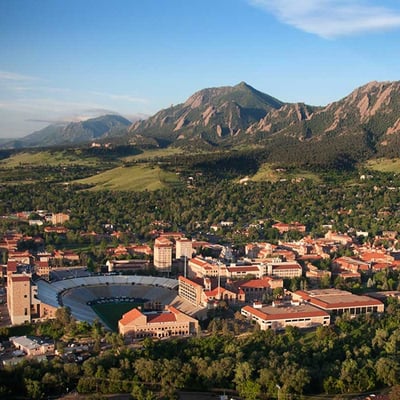 As is often the case for departments like Shepperson-Turner’s claims administration team, which use locally hosted, specialized technology systems, it can be challenging to get adequate support from the IT department—not because IT staff are unwilling, but for the simple fact that it can be difficult for IT managers to justify devoting the resources required to maintain such specialized systems.

“When our administrator left shortly after we went live on Ventiv Claims, University Information Services [UIS] stepped in to help, but there was only so much they could offer. UIS support was limited to our server and to keeping the Oracle database up to date,” Shepperson- Turner recalls. “They didn’t support the Ventiv Claims application or anything related to it. The Ventiv Claims application was stable, but the problem was, there were times when we needed someone to go into the database and write code to fix a corrupted claim, for example. I couldn’t do that because I’m not a programmer. And because we hosted the system ourselves, Ventiv support staff couldn’t directly access our systems.”

Then, in late 2008, Shepperson-Turner began installing system upgrades and a new release of Ventiv Claims, supported by a UIS staff member and backed up by Ventiv. Having just started the project, disaster struck: the UIS team member was laid off, and UIS was stretched too thin to assign any new resources to assist Shepperson-Turner.

The Case for Ventiv Hosting

Thanks largely to her background with a software company, Shepperson-Turner was receptive to the potential value in third-party application and data hosting well before cloud computing became a household term. In the summer of 2011, Shepperson-Turner got in touch with her Ventiv client development manager, Wayne Bernier, and asked him to put together a proposal that she could take to her leadership team.

“I knew that in the long run, going with Ventiv hosting the system and our claims data would benefit our department and benefit the University,” Shepperson-Turner says. “I knew that Ventiv had the resources, the expertise and the right offerings to host our system more efficiently and more cost-effectively than we could.”

The University of Colorado signed the contract to convert to Ventiv hosting the system in January 2011 and went live in March 2012. Conversions are normally much faster, but a number of unexpected events delayed the project, including a move of the University’s data center, a change in the University’s medical bill review provider and the opening of Ventiv’s Atlanta data center.

Although it was a long road, Shepperson- Turner has only positive reviews for the Ventiv Professional Services team and the results to date.

“I’m very comfortable with how the process went and with the results we’ve achieved,” says Shepperson-Turner. “This story should really be a testimonial to the Ventiv staff and the superior level of service we received throughout this project. Jeffrey Elliott managed the process flawlessly and got us all the support we needed whenever unexpected hurdles arose. When Jeffrey and I first met to discuss the project, we thought it would be pretty straightforward, but it got complicated pretty quickly. Yet throughout the process, no one at Ventiv ever said, ‘Sorry, we can’t do that.’ Whatever came up, they just made it happen.”

“I made the case that going with Ventiv hosting would make for a more efficient use of our time—of University Risk Management’s time,” Shepperson-Turner says. “When you have a risk management staff of 14, that’s what you do. My job is to be a claims administrator for the University of Colorado; my job is not to be in the software business. My job is not to build tools to do my job; my job is to outsource where it makes sense and choose strong outsourcing partners.”

“In 2007, we chose Ventiv Claims in large part because there are so many things it can do,” Shepperson-Turner recalls. “But if you host Ventiv Claims on premises and don’t have the support you need, you’re likely to miss out on many of those features if they don’t come out of the box. For example, I’m talking now with Wayne Bernier about implementing online incident reporting. In theory, it’s equally viable with Ventiv hosting or on-premises hosting. In practice, however, it would be much harder to deploy it if we were still self-hosted; as a result, we would have missed out on some pretty huge process improvements.”

“The cost of moving to Ventiv hosting was much less than I expected it to be,” states Shepperson- Turner. “When I crunched the numbers and what we were paying for on-premises hosting, it was basically a wash. We now have a monthly cost, but I’m able to absorb that. And if you factor in the cost of an in-house network administrator to support Ventiv Claims, then Ventiv hosting is much less expensive.”

“By going to Ventiv hosting, I knew that I’d no longer have to make complex fixes like repairing corrupted claims,” says Shepperson-Turner. “Instead, I’d just submit a ticket and the problem would be fixed on the next cycle. Being relieved of the burdens and worry over if, how and when these kinds of problems will be fixed has been worth its weight in gold to me. That’s why you go to a hosted solution.”

“Data security is very important for all of the applications our team uses, and I did my due diligence in reviewing Ventiv hosting,” Shepperson-Turner states. “The proposal spelled it all out for me, and I was convinced that— given that we’re a small department with limited IT support—Ventiv could secure my data better than we could do it ourselves. After all, maintaining the integrity of data is what Ventiv does for a large client base.”

“By going to Ventiv hosting, I knew that we’d get on a regular schedule for upgrades and new releases,” Shepperson-Turner says. “Everything is managed by Ventiv which means I’m always on the latest version of Ventiv Claims or will be queued up for it. We never fall out of sync or put our claims data at risk.”

07: Protection from business interruption and disasters

“It was very important to me to know that if something happened to the Ventiv data center in Atlanta, I’d be up again quickly,” says Shepperson-Turner. “Before we went to Ventiv hosting, we were once down for two and a half days before we were able to get our server back up. Every year when we go out for renewals, underwriters ask us about our disaster recovery and data protection protocols. With Ventiv hosting, I’m covered to our underwriters’ satisfaction.”

“When I crunched the numbers and what we were paying for on-premises hosting, moving to RIScloud was basically a wash. We now have a monthly cost, but I’m able to absorb that. And if you factor in the cost of an in-house network administrator to support Ventiv Claims, then Ventiv hosting is much less expensive.” 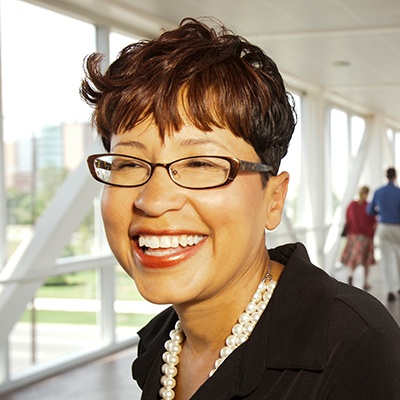 ← Back to Case Studies