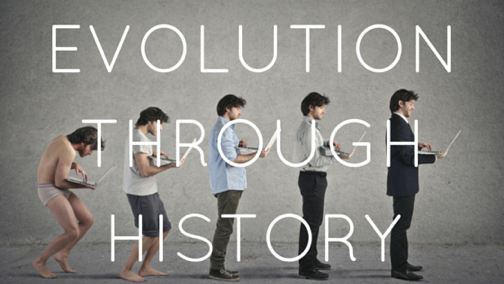 A Brief Summary of the Long History of Risk Management

Risk managers are concerned with the future. Still, it can be instructive and inspiring to look back to the past sometimes. So, what's the history of risk management? One very interesting book about this topic, "Against the Gods: The Remarkable Story of Risk," contends that the true dividing line between what we should call ancient times and modern times is mastering risk. In this book, Peter L. Bernstein contends that when people began to understand how to predict and manage risks, they also began to understand that the future did not just hold random events generated by the will of the gods or the whims of nature.

How Did Risk Management Start?

Some historians believe that the earliest concept of managing risk arose because of gaming. Thousands of years before Internet users could play online poker, people in different ancient civilizations played games with dice and bones. Also, people played games that evolved into chess and checkers well over two thousand years ago.

Some historical evidence that gaming gave rise to probability theory, important to risk management, comes from writings by Dante and Galileo. The famous mathematicians, Pascal and Fermat, wrote each other about games of chance in the 1600s, a correspondence that is believed to have given rise to modern probability theory used today.

If one were to consider the role of insurance in risk management, it is still possible to trace it back to ancient times. For example, mutual aid and burial societies have been documented as far back as the earliest days of ancient Rome. These are considered the precursors of modern insurance companies.

When Did Risk Management Become a Career?

Corporate risk management has been a career before people actually called themselves risk managers. For example, the first actuaries worked for the precursor of a modern life insurance company in England as early as the 1700s. However, it is probably possible to find even earlier examples. At any point in history when people managed businesses, armies, or entire countries, there were certainly people employed to manage risk with the tools that they had at the time.

According to "Risk Management: History, Definition, and Critique," the modern terms for managing risk rose after World War II, but the discipline mostly began as a study of using insurance to manage risk. Later, from the 1950s to the 1970s, risk managers began to realize that it was too expensive to manage every risk with insurance, so the discipline began to expand to alternatives to insurance. For example, training and safety programs might be considered insurance alternatives.

The Future of Risk Management

In Isaac Asimov's "Foundation" series of science fiction books, a mathematician has developed a system to predict and control the future. We aren't quite there yet, but Mr Asimov seems surprisingly prescient as Astounding Magazine published the first story of the series in 1942. Today's risk managers can enjoy the benefits of sophisticated risk management technology powered by Ventiv's suite of risk management information system software. This set of tools helps today's corporate risk managers use information from the past and present to help minimize and manage all sorts of business risks in the future.

These Stories on Risk Management

What Is Data-Driven Risk Management?

A Guide to Understanding, Identifying, and Managing Business Risks